Hitchhiking out of Montreal, however, was not fun.  After fruitlessly spending an hour trying to thumb a ride out of the city, we decided to take a city bus to the outskirts and hope for better luck there.  But no one on the bus wanted to speak English, or help us find our way to Canada’s Queen Highway to the west.  No better luck at the outskirts.  After waiting for hours, it’s nightfall and we still haven’t gotten our first ride of the day.   Cars only came by at great intervals.  Finally we said “OK, we’ll count 69 more cars passing by (which could take another hour) and if no ride then let’s go back to town and buy a train ticket to Thunder Bay” (the Canadian town just above Minnesota).

Believe it or not, the 69th car came by in a pack of cars and the last car in the pack pulled over for us, a couple of guys heading to Ottawa.  Yea!  But Ottawa, Quebec after midnite, even on a Saturday night, is Nowheresville.  Finally a guy on the street tells us we need to walk a few blocks and cross the Gatineau River to get to Hull, Ontario (which is in a different province where the bars are allowed to stay open past midnite).  We find a bar, order two drinks at last call to help make it to dawn when – we have decided – we will buy train tickets to Thunder Bay and skip anymore hitchhiking in Canada.

After we left the bar we found an all-night restaurant where we ordered one appetizer at a time to make it to dawn.  We were so deep in conversation that we hadn’t noticed a couple sitting next to us when the lady said to us, “You two must be a Sagittarius and a Gemini?” 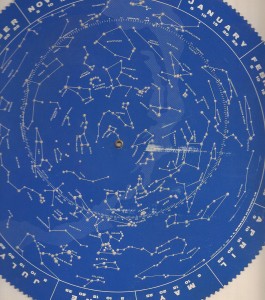 Can you spot Sagittarius and Gemini?

“No,” she said, “but you two look just like you’re doing what we’re doing, and since we’re Sagittarius and Gemini, we thought you must be too.”   Well, it turns out we were of like minds and plans – only difference:  they were coming from the west and heading east on the train leaving the next day.  So we struck up a conversation that lasted until dawn.  Turns out both our trains were scheduled for early afternoon departures, so we had lots of time to kill.  They asked if we had any pot, but I said no because we were crossing borders but maybe we could score a bottle of wine to share.  “Ya think,” they said, “at six a.m. on a Sunday?”  Sure I said and rather quickly we encountered a wino on the street who said “Yah, I can get you a bottle but it’ll cost you five bucks.”  So I gave him the five bucks and when he disappeared into some apartment building our new friends doubted we’d ever see him again, nor any wine, nor the five bucks.  But lo and behold he came back with a bottle and we managed to convince him to bug-off after sharing a sip.