When Fred left my parents’ a year before at age 18, she’d come to Florida with a different boyfriend who was going to be a car mechanic at his cousin’s gas station, but shortly after arriving she’d split from him and taken up with this guy Michael.  At any rate, after Bob and Michael took off for the store, I’m in the living room standing by the window while Fred’s in the kitchen, and I’m telling her about my plans and my future, when I realize this is the first time Fred and I were alone without Michael being around, so I ask how she’s doing.  “Not so good,” she says, “Michael’s beating me up.”

“What!  Jesus Christ Fred!  What do you mean ‘beating you up?’ – do you want to go with me and Bob to Denver?”  I had no idea she wasn’t happy being in Florida.

“Could I go with you guys?” she says.  Of course! I tell her, and can’t wait to whisper to Bob when he gets back that we’re back on The Rescue Mission!

Then she tells me that the last straw was when he made her make up the lie about the landlord and the Volare just to get me and Bob away from her . . . “and if my own Brother can’t even come for a visit, well I’m done with him” . . . but, she says, “I still want to think it over a little bit.”  She’ll have to leave the dog she loves dearly – ‘cos it’s really Michael’s dog . . . and maybe she should stick with Michael because she’s been trying to help him with his drug and depression issues. 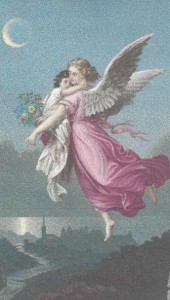 Just before Bob and Michael come in the door, she says, “OK, I’ll think about it – why don’t you and Bob pretend like you’re leaving town and stay at a motel and come find me at the Ramada Inn (where she waitressed) around lunch time tomorrow and I’ll let you know.”