I didn’t even know her name yet

One of the folks Nick mentioned I should call once back in Minnesota, a union organizer, played softball on a men’s softball team and hung out with the pro-IRA Irish crowd.  So now I was playing on two softball teams (read “Riff Raff” story) which was the other reason I’d wanted to move back to Minnesota.  First was that I liked the politics better in Minnesota compared to the intractableness of Philadelphia; and secondly, nobody I knew in Philadelphia played ball.

After our games we hung out in a St. Paul “three-two joint” famous for allowing a little pot smoking at the back tables.  One night while at the bar ordering another pitcher, this very pretty woman asked what’s all the fun about.  Before bringing the pitcher back to the team table, we agreed to meet the next night same time same place.  I didn’t even know her name yet.

Well, of course I show up, and there she is.  We have a beer and tell each other our names.  She says, “Let’s go for a ride in my car.” 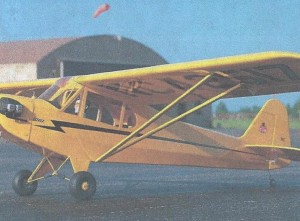 Best way to the Lavender Inn

“Here, you drive,” she tells me, handing me the keys to this shiny Corvette parked out in front, “take the Cross-Town out towards Flying Cloud Airport.”

Well, I had never driven a Corvette before, so already this is a real treat.  She explains that she knows this special thing about the Airport.  I park and then she introduces me to a pilot – turns out to be the pilot she’s taking flying lessons from – and, believe it or not, we’re going for a flight with her in the pilot’s seat.  It’s a tiny Cessna four-seater; I’m in back and the pilot is co-piloting while she’s taking off.   She lands in Faribault (about 75 miles south of the Cities) and there’s a Limo waiting to take just us to the Lavender Inn.  It’s a fancy place and somehow the maître-de already knows my last name (did I tell her it at the bar the first night?), “Right this way Mr. Dawkins; we have a table set for you.”

It was a fabulous dinner, and she insisted on paying.  Back at the airport she tells the pilot to fly us back and we cuddle in the back seat.  Of course I’m already thinking this is the Greatest Date Ever, but there’s still more to come.