There’ll be none of that!

It was the Friday after Thanksgiving, 1966.  No school the day after Thanksgiving.  We were all at Bill Newman’s house wondering what to do with our day off.  Out loud I remembered what Barney Kazmir – not really a friend, a guy a couple years older who bought us beer – had told us about a whorehouse in Godley, Illinois.  “We could go there,” I suggested. 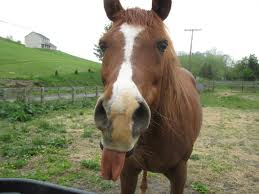 Number of horses in Godley: One

So three carloads of 16 year-old boys left Chicago around 10 a.m.  Godley is about 50 miles SW of Chicago on the Interstate to Springfield – Illinois’ state capital.  Years later I was talking to a state trooper about Godley, and he said “Oh sure, lots of state legislators stop in Godley on their way to Springfield.  It’s known as a clean place and we let it be.”

When we pull off the Interstate, Godley is literally a one horse town on the prairie.  There’s a gas station and the bar that Kazmir had told us about.  We all used our fake IDs and debated our next move over a beer.  Finally just me, Jim Delton and Dick Aho decided to go through with it.  We told the bartender what we wanted.  He told us to walk out the back door [pointing] and a guy would meet us.  We walked out the back door and observed this series of low-slung buildings looking like chicken coops.  Out of this first one comes this guy and he says “What’ll it be boys, $10 bucks for a straight lay or $15 for the guarantee?”  [Guarantee?  Why would anyone need a guarantee?]   We said ten bucks.  So we walk into the first chicken coop building.  There’s a cash register, table, a couple couches and chairs.  He put our money in the till and says “Follow me.”

We walk through a dark narrow passageway connecting one chicken coop to another and walk into a brightly lit kitchen with maybe 20 girls fixing breakfast, washing dishes or eating.  Immediately upon seeing this guy they all stop what they’re doing and line-up against the wall.  “OK,” he says, “pick the one you want.”  I started to freeze remembering that I hadn’t put any underwear on that morning.  I was an early pioneer about not wearing underwear but I always made sure to wear underwear on gym days.  Getting dressed that morning it hadn’t occurred to me that I was going to be undressing in front of someone.

So Aho picks this one.  Then Delton points to another, and everybody looks at me.  I’m still frozen speechless and afraid, so this guy says “What, you want her too?  You can have her second!”  Everybody laughs, but me.  “Whew,” I thought, “I can get out of here.”  [I was still a virgin and would be for another three years.]

Footnote:  I have come to understand using the the term “whorehouse” is demeaning and most young women in prostitution are exploited and victimized.  I tell this story from the perspective of a teenage boy in the 60s.